Trux, which manufactures front protection and light bars in  aluminum, has relocated their production to Färila with successful results!

In 1986, Trux started their production in Färila, but in 2000 the company had grown out of its premises twice and then relocated to Ljusdal. There Trux operated its business until summer 2018 when the company moved back to Färila.

Moving a whole manufacturing company is not the easiest, but Trux is now in place in its new, nice facilities.
– The timetable was tight, we sometimes had difficulty to keep up and had to move the relocation a couple of days. But it did not matter much, because the manufacturing has not been affected, says Mikael Norman, who is responsible for the relocating of Trux and continues:
– The relocation has become a boost for all departments – better ventilation, more spacious and smoother steps in the production chain as well as in and out delivery.

Trux is now next neighbor with the affiliated company ExTe and manager Hasse Olsson is pleased with the new premises.
– Since the end of this summer, there has been full activity here in the new facility. It’s some decoration in the showroom that has taken some time and we will constantly renew and improve it, says Hasse Olsson. 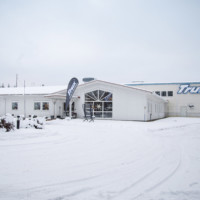 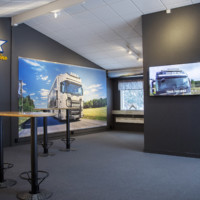 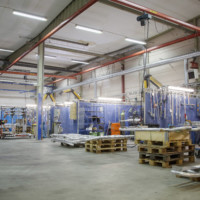